While decaffeinated coffee might not be at the top of the list for some coffee drinkers, there are others who appreciate that we commit the same time and effort to producing a great tasting decaf as we do our other coffees. Our last decaf, Finca Nueva Linda from Mexico, was a great success and we have a feeling that our latest offering will live up to expectations.

Most of the coffee exported out of Papua New Guinea is grown by smallholder producers in ‘coffee gardens’ of around 2 hectares, planted with around 2,000 trees. Our latest decaf, which has been processed at the Solwara Dry Mill, has been produced by such small holder farmers. 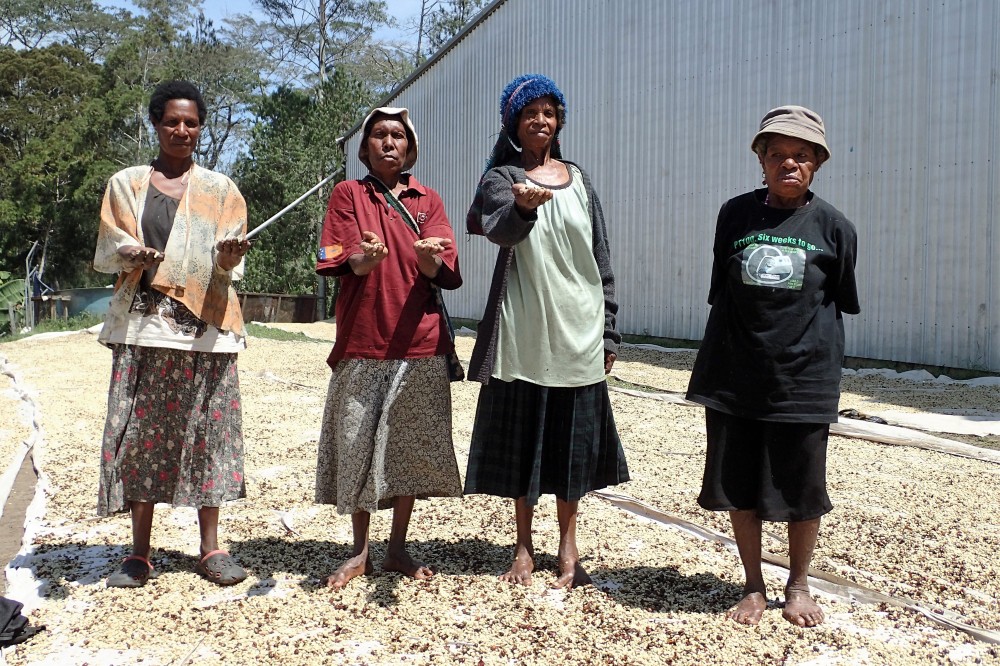 Ferro Yasona and his two brothers run the Solwara dry mill, receiving and processing parchment from smallholders in the region. Theres’ also a small purchasing point immediately outside the dry mill that receives coffee in parchment from local smallholders and pays them cash on the day. Solwara is the pidgin word for ‘salt water’, and the name was chosen to reflect the ambitions of the mill owners to source and process coffees from producers across Papua New Guinea, from coast to coast.

Once the coffee beans have been removed from the coffee cherry, they are still surrounded in a hard coating which is called parchment. It is coffee beans in this form which are received at the mill, where the parchment layer is then removed. 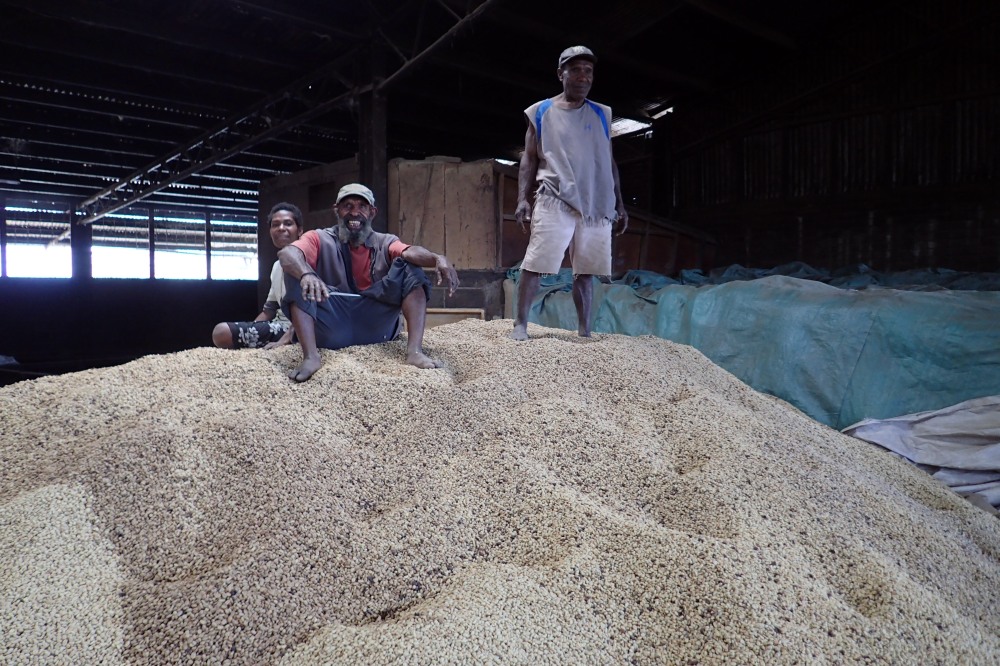 If you’d like to read how this process differs to other decaffeination methods you can read more here.

Expect initial notes of peanut giving way to a long finish with flavours of peach. This coffee has a mild acidity, a creamy mouthfeel and a caramelised brown sugar sweetness.

You can purchase a bag of this coffee on our website.

This site uses Akismet to reduce spam. Learn how your comment data is processed.